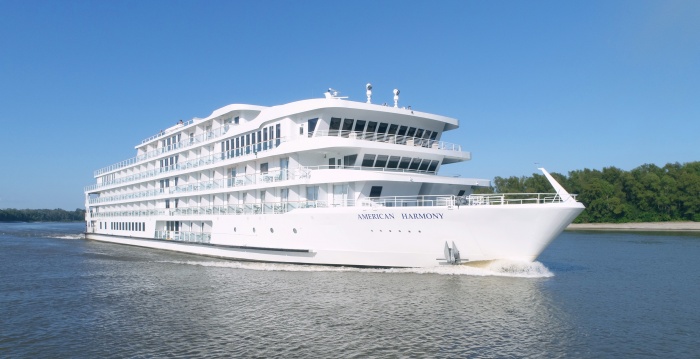 American Cruise Lines will have six ships in the Pacific Northwest for 2021, with four of them operating on the Columbia and Snake Rivers.

American Harmony, one of the American modern riverboats, successfully completed its recent journey from the East Coast to the Pacific Northwest via the Panama Canal.

The newest addition to Columbia River fleet comes at the same time that the Line is preparing to introduce two more new modern riverboats to the Mississippi River.

In 2021, American Cruise Lines looks forward to the safe return of cruising and is planning a record number of cruises for personalised explorations around the country.

Upon arrival in Astoria, Oregon, American Harmony joined modern series sister-ship American Song, along with two of the Line’s classic paddle-wheelers, American Pride and Queen of the West.

All four riverboats will remain in Astoria to complete final preparations for the 2021 season.

American’s cruises on the Columbia and Snake Rivers explore from the mouth of the Pacific in Astoria, Oregon, to the country’s deepest canyon in Clarkston, Washington.

This year cruises include a new palate of active excursions and onboard inclusions from wine tastings to evening entertainment.

American will continue its rapid growth by introducing its fifth modern riverboat and 14th ship in early 2022, following the 2021 debuts of American Jazz and American Melody on the Mississippi River.