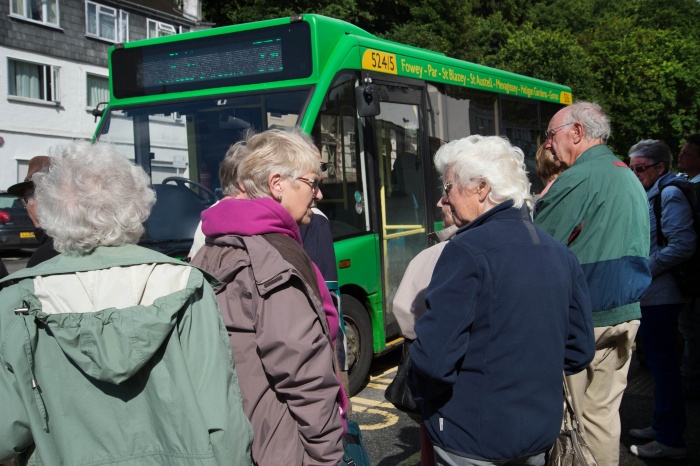 Boris Johnson has unveiled plans for a shake-up of the bus sector.

The strategy, which the government claims is backed by £3 billion of investment, is designed to see passengers across England benefiting from more frequent, easier to use, better coordinated and cheaper bus services.

The Labour party, however, argued services had continued to decline.

The changes include simpler bus fares with daily price caps, so travellers can use the bus as many times a day as they need without facing mounting costs.

There are also plans for more services in the evenings and at the weekends, as well as for integrated services and ticketing across all transport modes.

It is hoped this will allow commuters to move easily move from bus to train, while all buses will be expected to accept contactless payments.

“As we build back from the pandemic, better buses will be one of our first acts of levelling-up.

“The fragmented, fully commercialised market, which has operated outside London since 1986 will end. We want to see operators and local councils enter into a statutory “enhanced partnership” or franchising agreements to receive the new funding and deliver the improvements.”

Because of the decline in use caused by the pandemic, bus operators have already received emergency support from the government.

Commenting on the announcement, Sam Tarry, shadow bus minister for the Labour party, said: “This so-called strategy offers nothing for those who were looking for a bold vision to reverse the millions of miles of bus routes lost across the country.

“People will be wondering when they return to work whether there will be enough affordable and regular buses for their daily commute.

“The Tories said deregulation would improve our buses but they’re running bus services into the ground.

“The Government must do more to protect this crucial sector – not least given we’ve already seen more than 1,000 jobs lost in the bus and coach manufacturing industry alone since the pandemic started.”