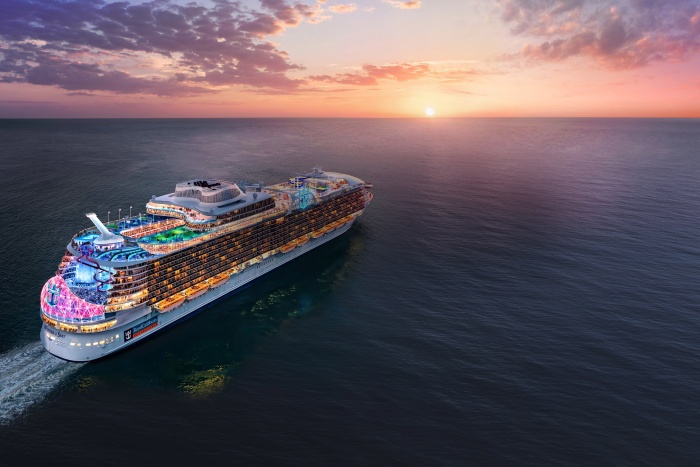 Royal Caribbean International has announced that the largest cruise ship in the world, Wonder of the Seas, will debut in the United States next year.

The ship is set to sail from its home in Fort Lauderdale to the Caribbean on March 4th, before making its way to Barcelona and Rome to kick off summer holidays in May.

Families and holidaymakers alike have a new wave of possibilities across eight distinct neighbourhoods, an Oasis-class first, that include all-new features such as the Suite Neighbourhood, a cantilevered pool bar named the Vue and Wonder Playscape – an interactive, open-air kids’ play area with awe-inspiring views.

“The momentum taking off across bookings and our returning ships in the United States and Europe is significant.

“With half of our fleet sailing again, we are encouraged by what we’re seeing.

“These regions are in the position to welcome a brand-new, innovative ship like Wonder of the Seas,” said Michael Bayley, president and chief executive, Royal Caribbean International.

“Wonder will shine bright as the world’s newest wonder in the Caribbean and the Mediterranean.”