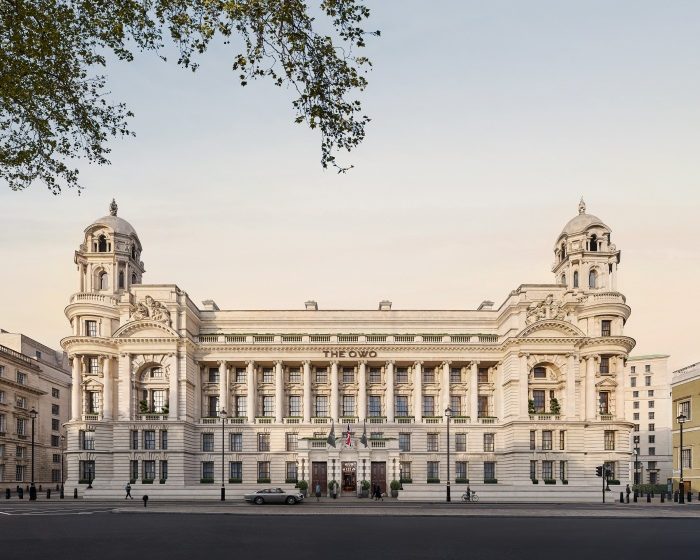 Accor has confirmed Raffles London at the OWO will open toward the end of next year.

A grand new hotel in the landmark Grade II listed former Old War Office on Whitehall, the project is being completed in partnership with Hinduja Group.

The building will open to the public for the first time, having undergone a transformation to create 120 rooms and suites, 85 unique branded residences and 11 destination restaurants and bars.

Located at one of London’s most historically significant addresses, the first Raffles hotel in the UK will have an extensive wellness space featuring world leading spa and fitness partners and will be home to a rooftop restaurant and bar with panoramic views across Whitehall, the Mall and on to Buckingham Palace.

The Old War Office, originally completed in 1906 and designed by British architect William Young, has stood witness to many world-shaping events.

Grand in both size and stature, the interior proportions reflect classic Edwardian architecture.

During the careful and sensitive ongoing five-year renovation, the key features have been completely restored while respecting its legacy.

The family run Hinduja Group, at the helm of the redevelopment, has been passionately committed to the meticulous restoration of the heritage features of the building since its acquisition in 2016.

Hundreds of artisan craftspeople have been commissioned to restore the historic interior elements including delicate hand-laid mosaic floors, oak panelling, chandeliers and a magnificent marble staircase.

Stephen Alden, chief executive of Raffles Hotels, said: “The launch of Raffles London at the OWO is a singular moment for the London hospitality scene as the Raffles brand arrives in the city.

“We are so proud to be part of the magnificent five-year transformation of the historic Old War Office building.

“We have a world-class team to oversee the opening, in whose hands I’m confident that the Raffles experience of London, for our residents, guests and visitors alike, will be unforgettable.”