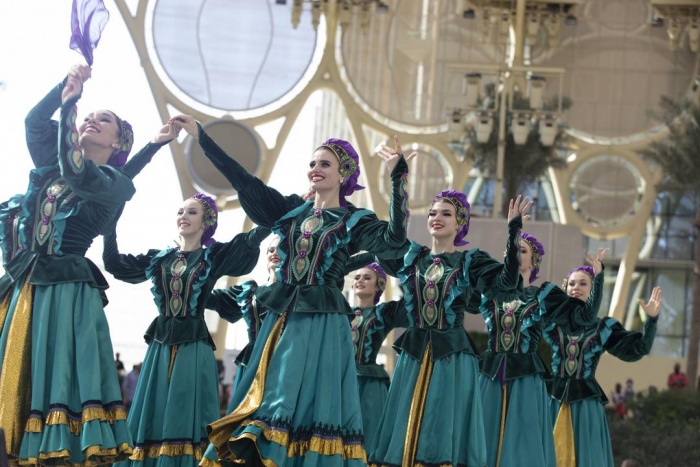 Russia has hosted a series of musical performances at Expo 2020 in Dubai as the country celebrates its national day.

Events included a Music in the Garden performance in Al Wasl from the Kuban Cossack Choir, one of the leading folkloric ensembles from Russia.

At the same time, there was a special concert on the Jubilee Stage featuring a number of top Russian performers, including singer Yulia Volkova, once part of chart-topping female duo t.A.T.u.

Volkova has since carved out a career as a solo artist and, earlier this year, dipped her toes into politics by standing in legislative elections.

Multi-format DJ and producer DJ Kidy, a well-known face on the Dubai party circuit, with residencies at Secret Room and Billionaire Mansion, was welcomed to the Jubilee Park with his mix of hip-hop, R&B and more,

Russian hip-hop/pop star Niletto, who also performed, is an online sensation – the video for his 2019 song ‘Favourite’ racked up 303 million views.

A self-proclaimed workaholic, his dedication has also paid dividends in terms of accolades, picking up a number of awards in his home country.

In the past few years, a cappella music has gained huge popularity thanks to hit movies and TV shows such as Pitch Perfect and Glee, and musical groups such as Pentatonix.

From Bach to Borodin, doo-wop to pop and everything in between, Moscow Acapella, featuring Coffeetime, Spokan Girls and Moscow Gospel Team kept the Expo 2020 crowds smiling with an upbeat performance.